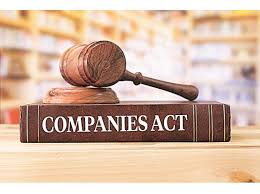 This Bill is called as the Companies (Amendment) Act, 2019 (“Act’) and we made an insight into the Bill as below:

1. Now the requirement of registration of Prospectus as prescribed in Section 26 of Companies Act, 2013 (“CA2013”) replaced with filing of prospectus with the Registrar.

2. For the purpose of Section 29 regarding dematerialisation of securities for public issue, privates companies now brought under the ambit of Section 29.

4. Sub-rule 4A inserted in Section 90 of CA2013 whereby every company has to take necessary steps to identify an individual who is a significant beneficial owner in relation to the company and requires him to comply with the provisions of Section 90.

6. Under Section 212 of CA2013, sub-section 14A inserted which states that where the report under sub-section (11) or sub-section (12) states that fraud has taken place in a company and due to such fraud any director, key managerial personnel, other officer of the company or any other person or entity, has taken undue advantage or benefit, whether in the form of any asset, property or cash or in any other manner, the Central Government may file an application before the Tribunal for appropriate orders with regard to disgorgement of such asset, property or cash and also for holding such director, key managerial personnel, other officer or any other person liable personally without any limitation of liability.

7. Now the Central Government can initiate a case of oppression and mismanagement against such person and refer the same to the Tribunal with a request that the Tribunal may inquire into the case and record a decision as to whether or not such person is a fit and proper person to hold the office of director or any other office connected with the conduct and management of any company.